This was my first year at the New York Comic Con and I took a depressingly small amount of pictures. It was jam packed, hot, and a little confusing, but it was a lot of fun. We went with a plan, which didn’t really work out, but we were okay with that. I got to talk to Gillian Anderson for a minute so basically my day/weekend/life was made. I only wish I had taken more pictures because there was some really incredible cosplay.

It was raining in the morning and the shuttle to the Javits center wasn’t where it was listed on the website, so after standing in the rain for 20 minutes or so, we got on the correct bus and went on our way. It was confusing for a lot of people because we were all standing where it was supposed to be, but the fact that there was even a free shuttle offered pretty much made up for it.

We got to the Javits center around 10:30 and pretty much walked right in. We went downstairs first because we were getting our picture with Gillian Anderson at 11:45 and wanted to scope out the area. It was actually not very crowed at all and the lines for autographing were basically nonexistent. This didn’t last long, so I’m guessing the rain held people off. Alex Kingston (Doctor Who – River Song) and Arthur Darvill (Doctor Who – Rory Williams) were there doing autographing and photos  too. I only got out picture with Gillian because the prices were crazy. I know they were probably typical for cons, but it’s hard to justify $100+ for a photo with someone. It was $150 (after taxes and fees) for the Doctor Who team up, so we skipped it but I saw some posted online and they looked pretty neat. 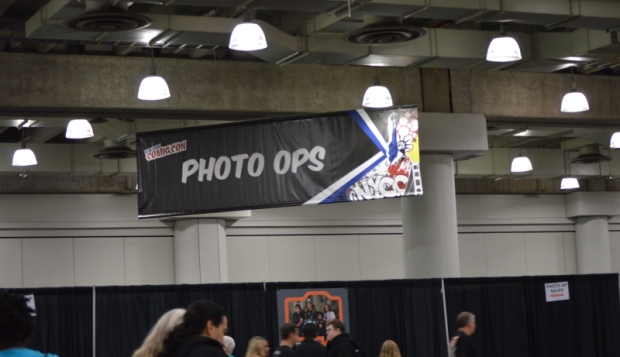 The floor was so packed we really didn’t get a chance to look at everything.  The Doctor Who Store table had some really cool stuff, including this life size Dalek. There was a 9th Doctor cosplayer and I got his picture attacking the Dalek with his Sonic Screwdriver….unfortunately I only took it with his phone. 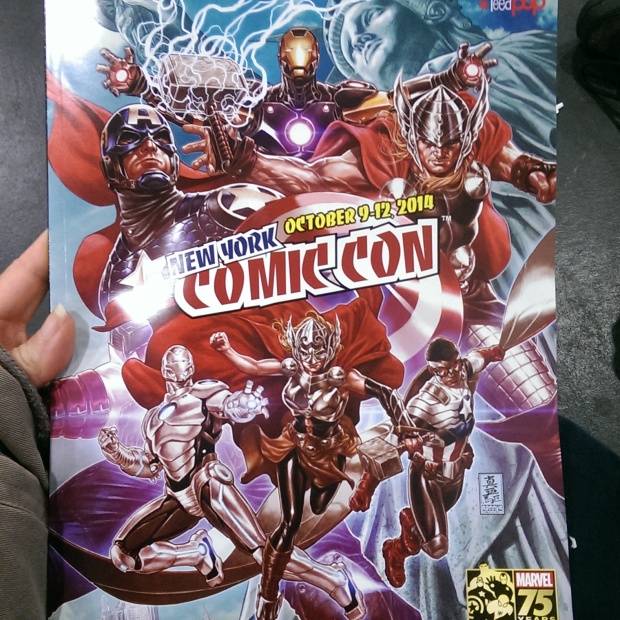 We walked out to a falafel stand for lunch. There were a bunch of food trucks outside but the lines were long and it was still drizzling out. My falafel was delicious and so filling.

I *almost* bought a book and then paid $60 to have her sign it, but I stopped by the publisher’s table and asked if they had any signed copies and…they did! It was kind of weird that they didn’t advertise them, at least that I could find, but the guy working looked through the books and pulled out a signed one for me. I read half of it on the drive home from NY and now (a week later) I only have a few pages left. It’s surprisingly good. Not that I thought it wasn’t going to be good, but I’m really picky about reading and it takes me a while to get into books. This reminds me of an X-Files episode (monster of the week type story) with a strong heroine. The writing is really great, it’s so descriptive, it’s easy to see the scenes play out in your mind. The next book in the saga is supposed to come out next year, I feel like I’m back in my Harry Potter days waiting for my next fix. 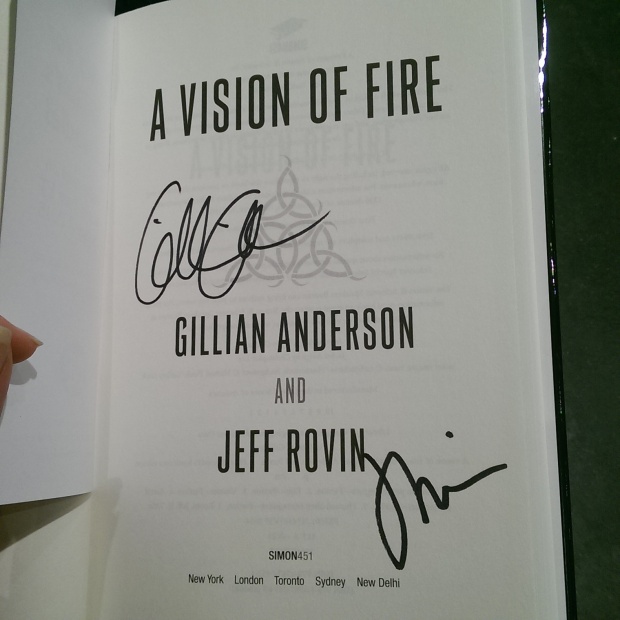 I joked to my husband that I should have her sign my arm, or a piece of paper or something and then I could get a tattoo of it. I was only half serious because as awesome as I think it would be, I also think it’s just a little bit creepy. Turns out, someone did that exact thing and got it tattooed that night. They got “I don’t want realism I want magic!” and there was a link on reddit but it looks like it’s been removed since then. I’m kind of kicking myself for not doing it now. 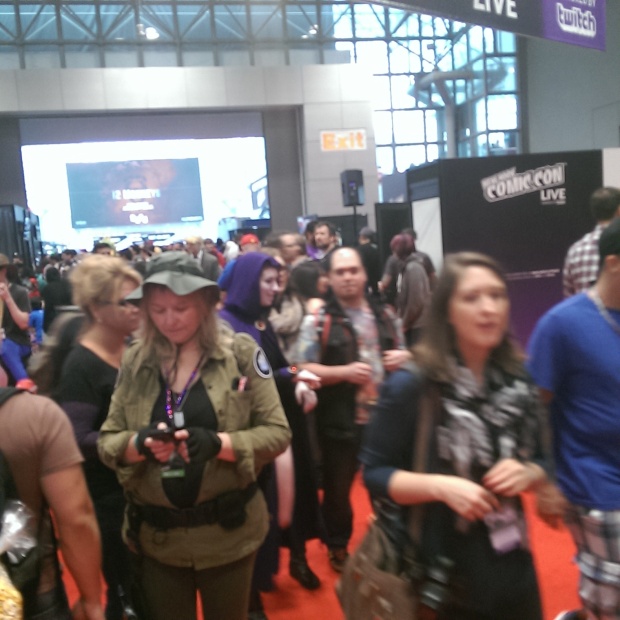